Not Everyone is Fit to be an Entrepreneur 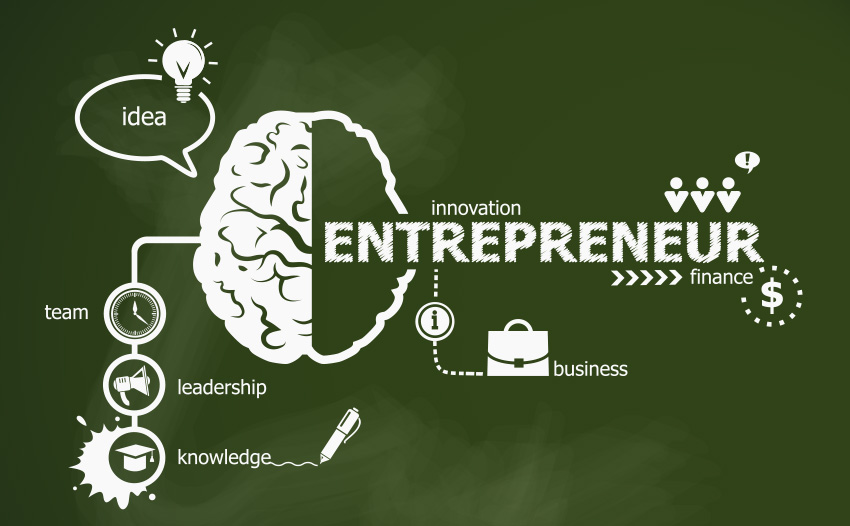 In today’s world, being an entrepreneur is about the coolest thing around. Entrepreneurship is highly glamorized. This is partly due to the well-publicized successes of people like Bill Gates, Mark Zuckerberg, Steve Jobs, people whose entrepreneurial creations have transformed how we connect, work and play.

For many people today, becoming an entrepreneur seems the surest path to freedom, wealth and success. Breaking out and starting a business seems the best way of achieving one’s dreams. As such, many people dream of starting their own businesses. Unfortunately, many do not meet the success they anticipated.

The statistics on the failure rate of businesses is staggering, and makes for a rather grim reading. Here is a selection of the most often cited statistics:

Granted, these statistics seem to contradict (and are the subject of fierce debates among academics, entrepreneurs and journalists). However, the point here isn’t to spark another debate. The broader point is that, whatever statistics you choose to believe, the failure rates of businesses is extremely high.

With the exception of perhaps Silicon Valley entrepreneurs who believe in the “Fail Fast, Fail Often”, mantra, it is unlikely that many people who start their own businesses anticipate failure. Unfortunately many do end up failing. There are many possible reasons for this. However, one reason is that many of those who start their own business are actually not cut to be entrepreneurs.

In his groundbreaking book, The E-Myth, Michael Gerber perfectly explains why someone who isn’t fit to be entrepreneur can actually end up starting a business. He calls it having an entrepreneurial seizure.

The entrepreneurial seizure is the moment someone decides that it is a good idea to start their own business. For some people, it may be something as bizarre as their boss yelling at them. They get angry at the harsh treatment, and decide to become their own boss so that no one can yell at them anymore.

This belief causes people who are technicians step out and form related businesses. They assume that since they enjoy their work, and are good at it, they will be able to run the business. However, once they launch the business they realize that there is a lot more necessary skills than they had anticipated.

On top of their technical work, they now need to manage employees, interface with clients, deal with banks, manage cash flow, handle suppliers, etc. Many aren’t just ill-equipped to handle these extra tasks, they absolutely hate it.

This is when many people who start businesses realize that they aren’t fit to be entrepreneurs. Unfortunately, by this time they have already invested their time, resources and egos. A few of them adapt or find a business partner skilled enough to handle the business side of things. Some cut their losses and bail out. The majority soldier on until the sheer weight of responsibilities causes some to burn out and shut down the business.

Why Not Everyone Is Fit to Be an Entrepreneur

It is Extremely Hard Work

An entrepreneur has to work extremely hard. In some cases, entrepreneurs work 80 to 100 hours per week for weeks on end. In most cases, the work isn’t even compensated. It is basically long hours of laborious, uncompensated work. With entrepreneurship, such compensation is often not assured, especially during the early stages of the business.

It Requires Dealing with Setbacks

There are extremely few businesses (if any) which take off smoothly. Most businesses suffer a number of setbacks before picking up. Being an entrepreneur requires one to deal with such setbacks. For most people, putting in time, effort and resources only for something to fail is too painful to bear. They cannot handle the feelings of anger, disappointment and frustration. An entrepreneur not only has to deal with such feelings often, they also have to shake them off and move on.

There Is No Guarantee of Success

In entrepreneurship, there is no guarantee of success. All the time, effort and resources invested can end up yielding nothing. An entrepreneur basically has to take this uncertainty in stride, and give their best efforts for months, or even years. The whole idea of quitting their jobs, and investing their savings in something which may not succeed is downright scary. As such, they don’t even try it.

An entrepreneur often has to be able lead people. This is true except in the rare instances where a person forms a one-person business. In order to lead people effectively, the entrepreneur requires excellent leadership skills. As such, any would-be entrepreneur either needs to already have those skills or be willing to learn them.

The main reason why people sometimes jump to launch businesses is that they don’t realize how tough it will be. This is because media coverage of entrepreneurs rarely shares their behind-the-scene struggles. They make it seem like those who make it enjoyed overnight success.

When people realize the struggles involved in starting a business, many opt out. A story shared by Shawn Osborne in the Harvard Business Review, perfectly illustrates this. Osborne, who is the CEO of the Network for Teaching Entrepreneurship, often organizes BizCamp – a program which teaches entrepreneurship to disadvantaged kids.

Therefore, instead of just glorifying the achievements of entrepreneurs, the media should also highlight their struggles. They should also let people understand the difficulties involved in starting a business. This would enable would-be entrepreneurs to prepare themselves for the challenges ahead and thus increase their chances of success.